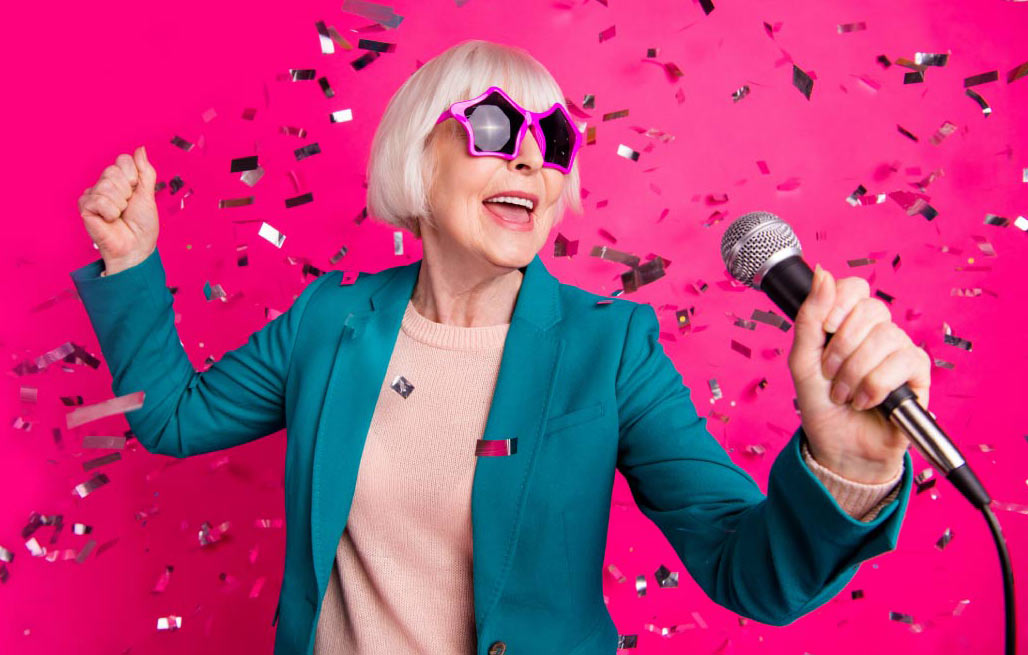 Fund your retirement with a Reverse Mortgage loan.

Since launching in 2006, Seniors First has helped thousands of people over sixty release home equity for cash.

And it's no wonder, because there are good reasons why it’s better to use a broker when applying for a Reverse Mortgage loan:

The Seniors First team are ready to help you too.

And when it’s time to apply, we’ll do all the legwork for your loan application, while you kick back & avoid the hassle.

“Sincere thanks to Andrew and Seniors First .. the loan has been life changing.”

Leonie Lyall
05:26 29 Mar 22
Andrew Cate has led me through a second Reverse Mortgage application with great patience, courtesy and expertise. I have no hesitation in... recommending Andrew to anyone who is looking to explore this avenue.read more

Jo Cooper
00:28 29 Mar 22
My experience with Seniors First and in particular Andrew Cate, was simply amazing. He walked me through every single step of what would have been a... very harrowing experience otherwise. He was always available to talk with me, explain things, guide me and support me. He aided me with the enormous amount of paperwork and showed genuine care and compassion. He truly is not only an expert at what he does, but a committed and deeply passionate person. I could not recommend him more highly. He has a wealth of knowledge and experience and was able to give me peace of mind throughout the entire process.. At the age of 70 and recently widowed, heunderstood my needs and provided me with all my options then set about making it happen for me.read more

Chris Kitamura
23:27 27 Mar 22
We dealt with Ambreen Samar who was amazing. She went through our various requirements to choose the right lender and then proceeded to provide... excellent advice and generally make the whole process seamless and easy. There were a couple of issues which she gave great advice on, and she handled all the hard stuff with the lender. I couldn’t recommend her more highly. Thanks Ambreen.read more

padriac murray
22:39 15 Jan 22
Professional and attentive service. Nothing too much bother. Lots of personal stuff needs to be covered all of this handled well. I felt comfortable.... I am a natural cynic but no radar alerts in my dealings here.read more

Brian Donaghey
03:29 05 Nov 21
We are very pleased that we decided to contact Seniors First about a reverse mortgage. We consider ourselves fortunate that we had Andrew Cate as... their representative. Andrew was knowledgeable, professional, ethical, informative, approachable and helpful at all times. Andrew very clearly advised us of both the advantages and disadvantages of a reverse mortgage. When we decided to proceed, Andrew guided us through the process every step of the way. With Andrew's help we obtained a suitable reverse mortgage through Gateway Bank. As a result of our experience, we highly recommend Seniors First, and, in particular, Andrew Cate. Thank you Andrew from Brian and Beverley.read more

Don Smith
00:43 25 Aug 21
On retirement at age 75, my superannuation cleared my mortgage and other major liabilities with a small balance but my wife and I realised the aged... pension was insufficient even for our modest lifestyle. Going by the numbers, we were advised to downsize but that didn't take into account how much the amenity and the location of our house contributed to the quality of our life.We had been warned about the risks of reverse mortgages but we were also aware that they had been subject to close scrutiny in recent years and that there had been substantial improvements to the products available. Andrew Cate from Seniors First took great pains to ensure we understood the financial risks involved and our obligations in taking on a reverse mortgage while explaining the advantages and benefits we could enjoy.Andrew reviewed our requirements, as we did need initial funding for some remedial building works and had plans for other improvements over the next 5 years - but we didn't need a large upfront advance. As a result, he was able to recommend a reverse mortgage product from Gateway which will suit us very nicely over the next 10-15 years while we are able to enjoy an active independent lifestyle.read more

Cheryl Clancy
06:33 30 Jul 21
Thank you to Andrew Cate and Seniors First for first rate service nothing was a bother and we appreciate your help

Ian Cornish
06:44 06 Jul 21
Firstly let us say that we have no complaints about Seniors First.Secondly, the representative we dealt with was very helpful, personable and always... followed up promptly to any questions or queries that we had. We were impressed with his diligence.Thirdly, we highly recommend Seniors First based on our experience with them.Fourthly, if all your dealings with both Seniors First and the bank are all done via email and telephone calls it can be quite arduous getting through all the mountain of paperwork and reading attached to the complete paperwork package.read more

Angela Femia
20:04 24 Jun 21
Andrew Cate from Seniors First was amazing, he managed to arrange my reverse mortgage seamlessly. Working with him made the whole process completely... painless and he explained every step along the way. I have no hesitation in recommending him to anyone thinking of this kind of mortgage Thank you so much Andrrw and Seniors First!read more
‹
›

The history of Reverse Mortgage loans in Australia

Reverse Mortgages have been available in Australia since the early 1990’s. The Advance Bank was the first lender to offer a true Reverse Mortgage Loan (as opposed to a line of credit), but the product was only mildly popular due to limited demographic demand of the times.

When St George Bank took over Advance bank in 1998 it inherited their Reverse Mortgage loan product and this has since developed into the Senior’s Access Home Loan they continue to offer today.

Around 2001 the Commonwealth Bank entered the Reverse Mortgage market with the release of what is now known as ‘Equity Unlock For Seniors’.

From 2002 there was a period of steep growth in the Australian Reverse Mortgage market.

In 2004 the early product providers established ‘The Senior Australians Equity Release Association of Lenders’ (SEQUAL), as an industry body to represent their interests. SEQUAL established a code of conduct and an infrastructure of self-regulation which was very effective in protecting sometimes vulnerable pensioners and elderly borrowers.

Over the next few years a stream of new lenders emerged in anticipation of the retirement funding shortfall projected for the coming generation of retiring baby boomers.

(This dizzying array of product choice had a ‘bewildering’ effect on pensioners, creating a demand for specialist Reverse Mortgage brokers who understand the needs of senior consumers.)

It was during this period that brokers accounted for 50 per cent of all Reverse Mortgages originated in Australia, and that Seniors First grew to attain almost 5 per cent of that market share).

By 2008 some 40,000 Australian pensioners and self-funded retirees had taken a Reverse Mortgage loan, double from 20,000 just three years earlier.

Further exponential growth was predicted when the global financial crisis (GFC) struck, seizing up the capital markets that non-bank lenders in particular relied upon for funding.

Although no lenders went broker or collapsed, the GFC funding crisis was unsustainable for all but the largest of the domestic banks, and fifteen Reverse Mortgage lenders closed or stopped offering new Reverse Mortgages between 2008 and 2010. At the low point of the cycle, just four banks remained as viable Reverse Mortgage options to Australian senior

In 2011, the Federal Government under then minister Bill Shorten, officially regulated Reverse Mortgages as part of the ‘second phase’ of the National Consumer Credit Protection (NCCP) code. This law improved disclosure requirements by lenders and brokers, and enshrined in legislation key components of SEQUAL code of conduct such as the ‘No Negative Equity Guarantee.’

By 2014 the Reverse Mortgage market had begun to show signs of growth once again. Several lenders re-emerged to be active with new lending, and there are rumours other lenders will soon offer exciting new Reverse Mortgage loans for pensioners and retirees. In anticipation of this, Seniors First – Australia’s leading Reverse Mortgage broker – has re-launched.

ASIC conducts a thorough review of the Australian Reverse Mortgage industry. It audited lender files and conducted interviews with thirty Reverse Mortgage borrowers. It found that borrowers reported an overwhelmingly positive experience of their Reverse Mortgage loans, and that the regulatory compliance of lenders and brokers was generally sound.

The Federal Government announces plans to expand the Pension Loans Scheme (PLS). Although it’s often referred to as ‘the government Reverse Mortgage’, it is in fact a limited form of entitlement that acts as a top up to the aged pension.

Treasury releases its long-awaited Retirement Income Review. It finds the equity that retirees accrue in the family home is the most important component of voluntary retirement savings. It concludes that “we need to help Australians understand how they can significantly make the best use of their retirement savings, including the equity in their homes". This means making use of all forms of equity release such downsizing, Reverse Mortgages, home equity loans, and home reversion schemes.

In response substantial nationwide increases in property values, both lenders and brokers in the reverse mortgage market experience a new peak of demand as Reverse Mortgages surge in popularity.

The Federal Government enacts its ‘Best Interest Duty’ (BID) legislation. This is an extra layer regulation that applies to mortgage brokers (but not to banks and lenders). Only Reverse Mortgages originated via a mortgage broker such as Seniors First offer this higher level of consumer protection.

Answer a few short questions to find out if you qualify for a reverse mortgage.